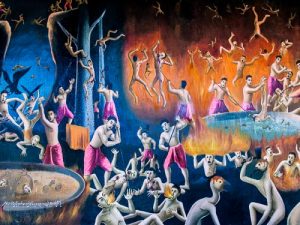 If you’ve been reading the articles on this web site, you know that one of our persistent themes is that Heaven has a job for you to do.  And we’ve suggested ways in which you can try to find out what Heaven’s plan might be.

This of course raises the question of whether there are limits on Heaven’s designs for us – tasks that might occur to us, but which we can rule out as not being what Heaven has in mind.  For example, you can be pretty sure that Heaven’s plans for you don’t include being or doing evil – so any ideas  you might have along those lines can quickly be checked off your list.

But here’s a more interesting and challenging case.  Is it ever the case that Heaven just wants you to go have some fun?  The answer to this question turns out to be important, for reasons we will discuss later.  But first let me tell you a story to show you how this question came up in the first place.

I used to work as a financial advisor – helping people plan for retirement and manage their assets so as to make their retirement a reasonably comfortable affair.  Several years ago, a couple came in to interview me as their potential advisor.  We started with the usual presentation about how the firm I was associated with would be managing their assets.  Lots of tables and figures, charts and graphs.  You know the stuff – you may have sat through one or several of these presentations yourself!

Well, at some point in the presentation, the wife asked about the idea of traveling when they retired.  I normally advise my clients to “front load” their retirement with as much traveling as they want in the early retirement years, so I gave them my usual advice – don’t be afraid to overspend a bit on your long-term retirement budget in order to see those places you’ve always wanted to.

Somehow we got onto the subject of where they might want to go, and we never got back to the charts and graphs.  I spent literally three quarters of the presentation showing them pictures of my own trips to Japan, and talking about the adventure of coming to grips with a foreign culture.  And in spite of that, or perhaps because of it, they decided to hire me.

Just this year I learned what had happened as a result of following this advice.  The couple were both fans of the U2 rock group, so they decided to travel to Ireland and catch a concert.  Exploring at the concert venue, they got lost in the underground passages, and ended up coming face-to-face with Bono himself.  A conversation ensued, and the inevitable photo op.

The next night, they met a couple from Drogheda at a Dublin pub and became fast friends, exchanging photos, videos, and news of each other’s families.  The relationship grew so close that my clients returned to Ireland the next year to attend a music festival with them.

I’ve seen this kind of thing before – a string of unexpected coincidences that take you almost effortlessly in a direction you never imagined.  And I have learned to interpret these phenomena as a sign (see “Learning Alignment”) that whatever you are up to is, at least for the moment, aligned with the designs of Heaven.

Are you telling me that it was Heaven’s plan for this couple to head off to Ireland, not once but twice, to attend concerts and enjoy themselves?  This requires some thinking.

But as I’m thinking this, the obvious question pops up.  Are you telling me that it was Heaven’s plan for this couple to head off to Ireland, not once but twice, to attend concerts and enjoy themselves?  This requires some thinking.

On one level, this could make perfect sense.  There are certain periods that have an outsized impact on one’s life.  The years right after college, where you pick a livelihood and a place to live are a prime example.  But the year or two immediately after retirement  is also critical in setting the tone for your new life.

Think about it this way.  Up until the point of retirement, the typical couple will be living out a partnership that demands serious focus on separate roles – earning a living, earning two livings perhaps, raising children, etc.  Then retirement arrives and these two people, who once loved each other enough to make the commitment to spend the rest of their lives together, find themselves back together again, with plenty of time to spend together, possibly for the first time in many years.  It’s not uncommon for couples in this situation to comment that they almost seem like strangers to each other.  In fact, some find this adjustment to be downright difficult.  The prevalence of jokes about this situation attests to that fact.

So how they choose to re-engage in in the first years of their retirement makes a big difference – on whether they will spend their retirement years sharing experiences and enjoying each other’s company, or continue along more or less separate tracks

In other words, increasing the connection between the couple, strengthening the shimenawa between them, is an important objective for the health and happiness of the couple themselves.    So it’s no wonder a bit of R&R in those years – to enable the couple to re-connect and build a new set of shared memories that will sustain down the road – would receive the blessings of Heaven.  Generally speaking, that is why I have always advocated that retiring couples front-load their retirement to build these new shared experiences. 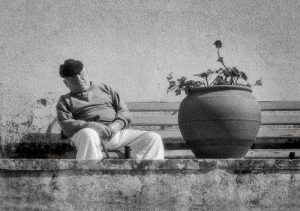 But it doesn’t end there.  Life is tough – we all know that.  In the Christian tradition, it’s often referred to as a “vale of tears”.  Almost exactly this same insight is enshrined as the very first of the Four Noble Truths which form the most basic foundation of the entire Buddhist worldview.

So it’s not surprising that each and every one of us, not just retiring couples, need some R&R from time to time.  Heaven understands this, and gives us its blessing to take those much-needed and often well-deserved moments.  Who knows what extra synergies, what unexpected serendipities, which can easily spill over to enhance one’s greater mission, might also ensue?

One of the glories of the Judeo-Christian tradition is the day of rest – the Hebrew Shabbat, inherited as the Christian Sunday.  Properly understood, this is a direct commandment from Heaven, to take a break and get the R&R that many of us so sorely need.  I hope you won’t mind my levity in remarking that this is one of the easiest of Heaven’s commands to obey!

Who could be against this?  The opposition, it turns out, comes from a rather surprising source – ourselves!  Many of us have become enslaved by our own work ethic, and consequently by our masters who benefit from that ethic – be they commercial or purportedly spiritual organizations – to the point where we are reluctant to take breaks or even feel we deserve them.  We feel guilty – there is so much that needs to be done!  Or we’ve adopted ideas about Heaven that have more to do with our overweening parents than with anything that’s really on Heaven’s agenda.

Certainly there are times when life is serious and demands the willingness to sacrifice and suffer.  But as humans, we may be making these tough periods bigger than they need to be.  As we discuss in Shimenawa Virtue #6, Playfulness, the greatest spiritual geniuses of our time or any time have always had an irrepressible playfulness about them.  Why shouldn’t we emulate this excellent approach?  What’s stopping us?  If Heaven wants us to relax a bit more, who are we to object?  Our health, our happiness, and even our spiritual growth may depend on something as simple as having a bit more fun.

The year was probably 1970 or 1971.  I was a sophomore or junior in college, and I believe it was a Saturday.  My girlfriend and I decided to go over to Berkeley for the day, looking at shops and gawking at the “street people”.  Walking around the campus, I discovered...

END_OF_DOCUMENT_TOKEN_TO_BE_REPLACED

If you were to ask anyone for a list of the most pivotal years of the second half of the 20th century, I’d be very surprised if 1968 wasn’t at the top – or very near the top – of that list.  That year saw cultural clashes across the globe, with major ramifications. ...