You don’t have to become some sort of saint, guru or Zen master in order to appreciate that benefits of cultivating these virtues.

The Shimenawa Virtues are a way to think about what you have to do to get from HERE to THERE. We won’t claim they are the only way, or even the best way. They are simply a way that has worked for us and for others.

The Shimenawa Virtues can be divided into two groups, with three virtues in each. The first group helps you understand where HERE is, where you are right now. They are:

We call these the “AWE” virtues, after the first letters of their names.  These three virtues embody what many call the art of “being present in the moment”. 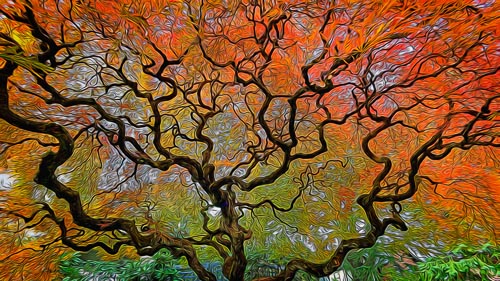 The second group helps you identify the direction in which THERE lies, and set off on the path that will take you in that direction. They are:

These virtues build on each other sequentially, so they can be considered as having a natural order. But at any point in time, you are likley to find yourself cultivating them all at different levels of practice. 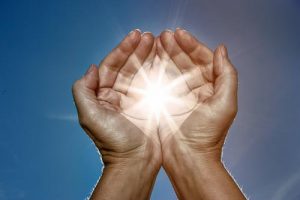 Another thing to consider – HERE is not a static time or location that lives with you forever, like the time and place of your childhood. Every step you take along your path brings you to a new HERE, and embodies a new invitation to to practice the three AWE virtues in a new context. You are always pursuing a THERE, but starting from the new HERE, so it is in this succession of HERE’s that you do most of the work in moving towards THERE.

My favorite expression of this thought is a Japanese haiku that parallels a proverb attributed to many other writers from different countries: 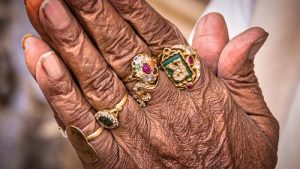 Happiness (our ultimate destiny) is not to be found in a far off goal or destination, but “michi naka ni” (道中に), literally right HERE in the middle of the road you are traveling.

The joy of traveling the path you were meant to follow comes from experiencing, in each moment, the knowledge that you belong right where you are, and that you are bending all of your talents and energy to the task of doing the job you were meant to do, and becoming the person you were meant to become. You don’t have to become some sort of saint, guru or Zen master in order to appreciate the benefits of cultivating these virtues.