As you study the world around you right HERE and NOW and cultivate a sense of wonder, your level of engagement with this world will naturally deepen. This deepening can take two forms – increasing attention to the details, and/or the beginnings of activity within this world.

Increasing attention to detail means that you begin to notice more about the world right HERE. You’ll begin to see the individual elements with greater clarity. More importantly, you’ll find yourself paying greater attention to the connections between the elements – visual and physical connections, but also energetic connections between and among elements, especially people. Most important of all, you’re likely to begin to see how you yourself are connected to the people and situations that are right in front of you.

The image of the shimenawa can help you to visualize these connections. A shimenawa is a sacred rope, woven out of untreated hemp, that marks off a portion of space as sacred. In many cases, the shimenawa is stretched between two bodies to mark the connection between them as sacred. Such is the case with Meoto Iwa, the “man and wife rocks” near the Grand Shrine of Ise, or the shimenawa connecting at Meiji Shrine, which connects two trees representing the Emperor Meiji and his beloved Empress Shoken. 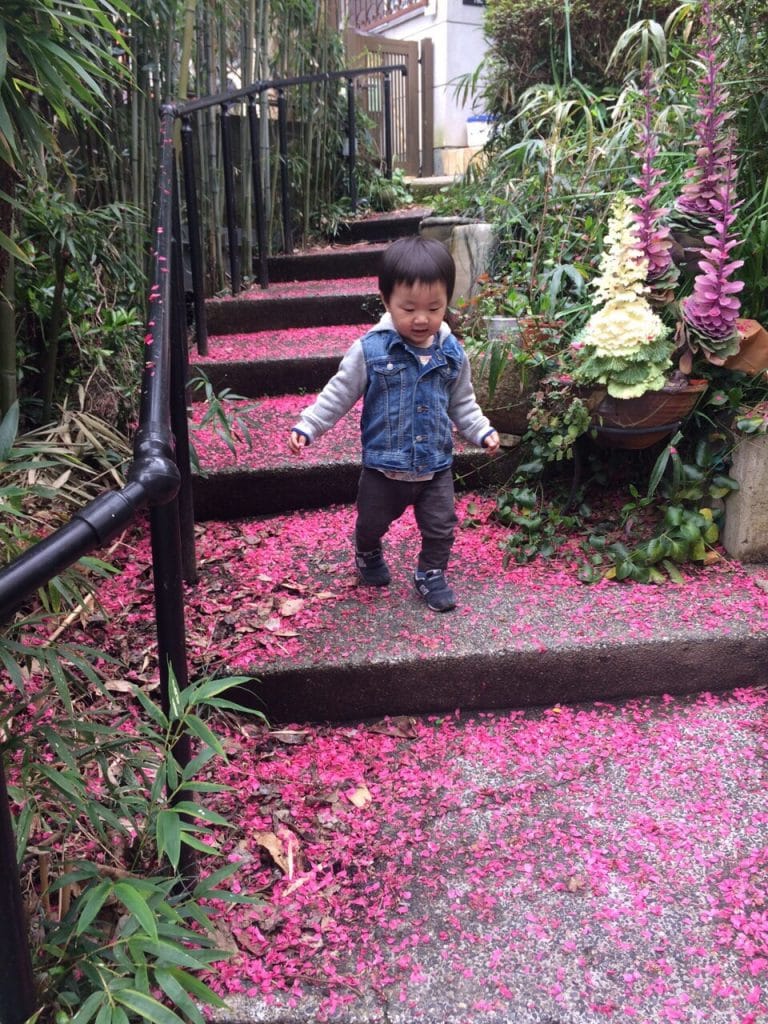 The more you understand the totality of your current situation, the more you will notice possibilities that may have escaped your attention previously. Opportunities to improve order and harmony – weeding a corner of the garden, cleaning up a messy desk, making a joke to cheer someone up, changing your diet to include more healthy, whole foods.

These actions, however, small, begin to put you in motion, and build momentum for the larger moves you will make as you better understand the mission that Heaven has given you. It’s Newton’s first law of motion, applied to your life – once you put yourself in motion, it’s much easier to stay in motion, and to launch into greater movements when the time is right.

When choosing your actions, it’s always best to act directly, yourself. Weed the garden with your own efforts, rather than forming a committee to do so. Programmatic solutions rarely produce the results you would hope for, especially when you are just starting out. But if you put your whole heart into that weeding, others will willingly follow you when the time is right.

I like to think of such a period of engagement as being in the “green room”, the place where performers wait until they are ready to go on stage, until they are ready for prime time, so to speak. It is a time for reflection and preparation – getting your thoughts in order, harmonizing your emotions. Making sure your heart is as clean as you can make it, subject of course to the limitation that you are, after all, human ?.

If you read the lives of people who really changed the world for the better – Christ, Buddha, Mahatma Gandhi – you’ll see that their period of intense activity was preceded by a much longer period of “formation” or preparation for the intensity and the challenges to come.

Periods of preparation and formation are valuable and important, so relax and treasure them.

As you sit in the green room (emptying the ashtrays perhaps!), it’s best to be aware that you will likely be subject to feelings of boredom with HERE, and an urge to start moving THERE. Often, they are accompanied by thoughts like “Nothing’s happening” or “My life isn’t going anywhere”.

These feelings do not need to be acted upon. Periods of preparation and formation are valuable and important, so relax and treasure them. Find your joy “michi naka ni” – right there in the middle of the road – in the quiet satisfactions of small jobs well done, or as Mother Theresa liked to put it, “small jobs done with great love.”