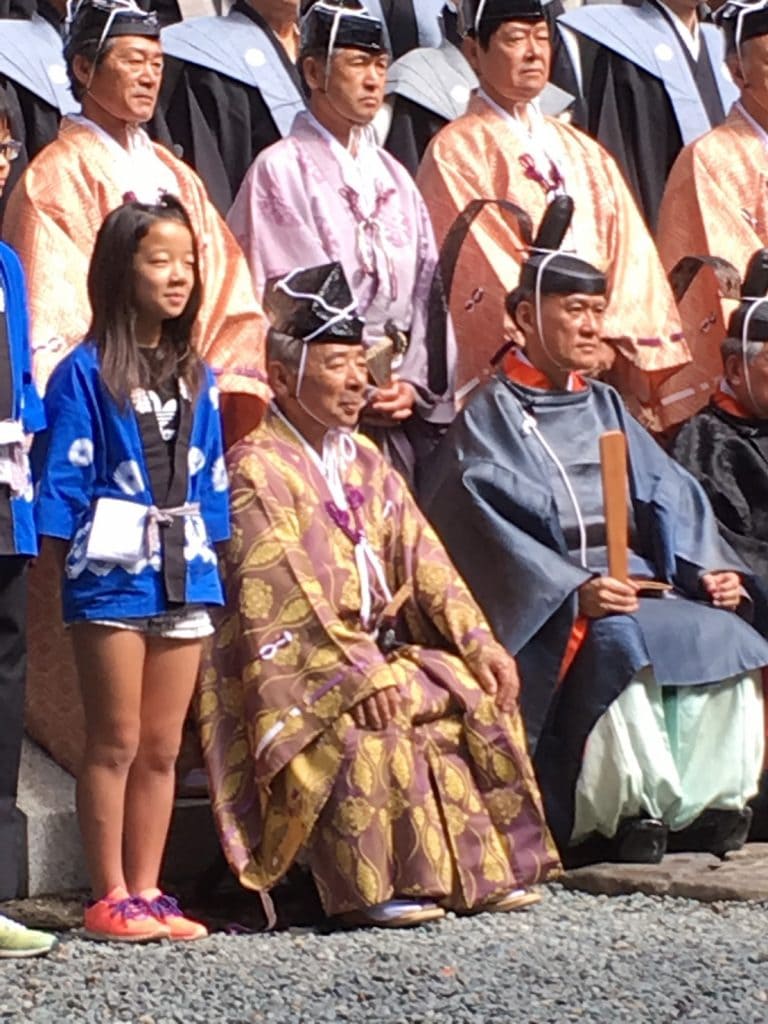 I’m sometimes asked “Is this Shimenawa stuff a new religion?” The answer is simple and emphatic – “Absolutely not. The world doesn’t need a new religion.”

But that’s only half the story really. Because while the world doesn’t need a new religion, we desperately need a new way of thinking about the perfectly good religions we already have – a new way of thinking that allows us to appreciate and benefit from the eternal truths they offer, without getting distracted by the institutional baggage they have picked up over the years.

Every major world religion, and most of the minor ones, has time honored and “battle tested” rules, rituals, and traditions that are worthy of our study, appreciation, and even practice, providing they work for us. Likewise, each religion contains a treasury of images, stories, metaphors, and tools for navigating our lives. Finally, each one has its own unique insights into the nature of the Transcendent, how we might connect, and how we might align with its purposes. All of this is well worth keeping.

But these pure elements in each religion are often clouded by what we can rightfully call “institutional baggage”. So the new way of looking at these religions (not so new, really, except for lack of practice!) I speak of involves looking past the institutional baggage in order to appreciate the purer elements, which often miraculously manage to remain untainted.

We are all too familiar with the institutional baggage of the Western religions – the wars, purges, persecutions, clericalism, crypto-tribalism, and moral lapses by those in authority. In our own day, for example, some of these moral lapses have reached epidemic proportions that are absolutely shocking.

We are familiar with these shortcomings in our own Western religions because we have grown up right alongside those institutions, so we’ve had a ringside seat from which to observe them. What we’re less familiar with is the fact that the Eastern religions also tend to carry around their own institutional baggage, which tends to look strikingly similar – greedy prelates, haughty clerics, brawling monks, compromise with secular powers and political forces, etc., etc. If you spend any time at all in Asia, you’re likely to learn that people who live there are well aware of the institutional baggage carried by their own religions.

It’s often tempting to blame the religion itself for these failings. In fact, many do. But we need to be careful here – we don’t want to throw the proverbial baby out with the bathwater. While specific instances of these violations are clearly the responsibility of specific individuals, in a more general sense the problem stems from the very process of institutionalizing a religion.

In the presence of the original founder, religions tend to have or need very little in the way of formal organization. The founder’s energy and grace provide all the inspiration necessary. But as the founder passes, and the collection of congregations, rituals, sacred objects, and property increases, there comes an increasing need for some organized body to ensure the proper care and management of this storehouse. So nearly all religions eventually form an institution to provide for effective governance.

The greater the membership and property involved, the greater the potential to use these elements to enhance the power of the institution. Hence, the greater the divergence. We see this time and again, most recently with tragic implications for innocent young adolescents – those whom the institution should by rights be most vigilant in protecting. As I said, this is something you can easily predict – it is inherent in the very nature of an institution. Occasionally, but only rarely, institutions are able to recognize this divergence and take steps to address it with effective reforms.

I once had a conversation with someone who was very well placed to understand these issues. The conversation had to do with a very specific religion, though the name isn’t important here. My question was, “What’s the point of this religion? It seems you could make the case that the evil it is doing causes more harm than the benefits it provides.” The answer was quite revealing, so I will share it with you.

“When the founder was on earth, there were some people who were so touched by his love and purity, that it changed them forever, and they went on to make the world a better place. In the next generation, those people inspired others through their own example. And in every generation, that inspiration has been passed on, from follower to follower, so that in every generation there are those who help to heal other souls and so make the world better. The purpose of the organized part of this religion, in fact its only legitimate purpose, is to provide a framework a channel, through which this can continue to happen.”

That is the new way of thinking I spoke of at the beginning of this essay, and it can be applied to any religion. Forget the shortcomings (at least for this purpose), and focus on the organized part of a religion as its shimenawa – the conduit that allows for real spiritual truth and deep inspiration to be passed from person to person down through the ages, down to our own time, to enable us to partake in this spiritual nourishment as our own. It is the nourishment that matters – the organized part of a religion only exists in order to bring it to us, a spiritual GrubHub, so to speak, grubby as it may be.

I once had a conversation with a seeker of a truly independent cast of mind.  Not being able to pin down exactly which tradition he was following, I cut straight to the bone and asked him – “So who is it exactly that you worship?” “Heaven” was his reply.  Unwilling to...