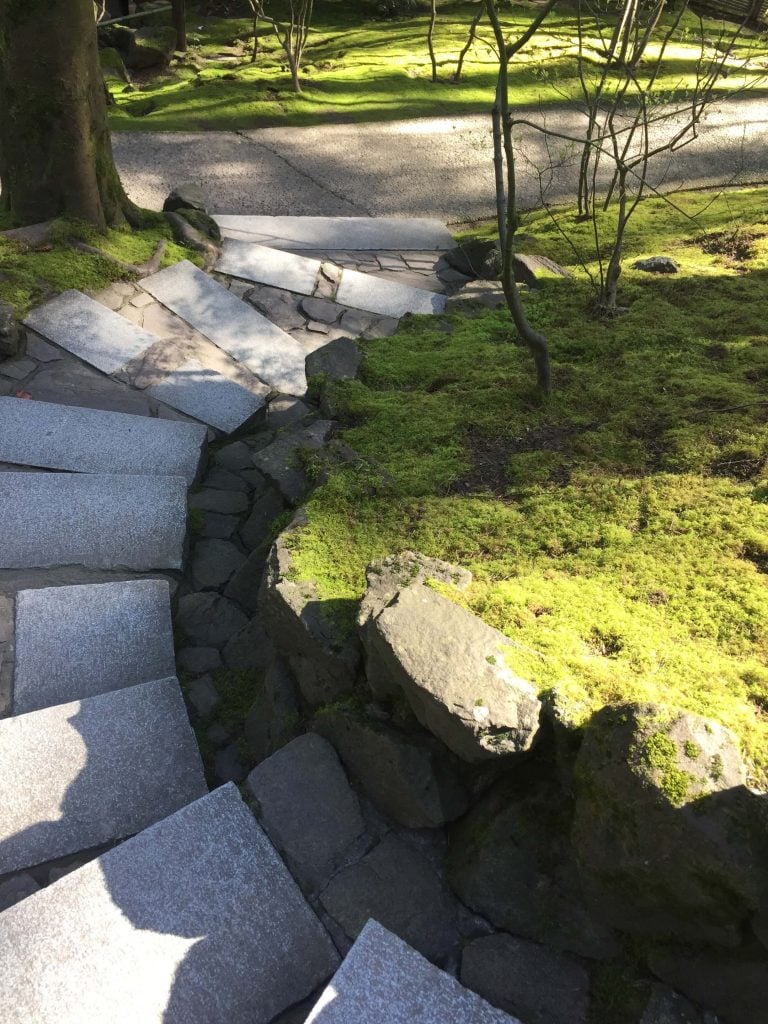 I first became aware of the phenomenon I call “crossing paths” several years ago when I was interviewing some Buddhist friends of mine for a class I was teaching on World Religions. inquiring into their reasons for becoming Buddhists, two or three of them mentioned that they had been born and raised in another religion, but had had some unfortunate experiences with members of that faith, typically people who exercised some sort of authority.

Inquiring more deeply into exactly what they found so attractive about Buddhism, I discovered the unexpected. It was the very absence of a personal relationship with the Transcendent, especially in those forms of Buddhism that make no mention of a personal deity or a savior, that they found attractive. Having been burned in a relationship with another human being, it appeared they were explicitly avoiding a relationship-based spirituality – there simply wasn’t enough trust left.

So what were they looking for then? In spite of all the bitterness and betrayal, the disillusionment and the disappointment, they could not let go of a dream of connecting with something beyond. So they simply switched paths, much as you might jump from one train to another at a transfer station – onto a path that, for that person at that time in that situation, offered a better opportunity to make progress.

I like to think of the world’s great spiritual traditions, and even traditions within those traditions, as pathways that criss-cross on their way up the same mountain. Some are gradual, some steep. Some safe, some extreme enough to be downright dangerous (see our section on “Crazy Fuckers”). At different points of our journey, we may find one path or the other most suitable to our needs at the time. But our requirements are likely to change as we progress up the mountain, so it shouldn’t surprise us to find ourselves on one path at one point, and another path later on.

It’s not at all uncommon to see people who are seeking the Transcendent change their religious affiliation not just once but several times. Bob Dylan is a perfect example, reputed to have engaged in both Christian and Jewish practices during the same time frame. In my own life, I’ve engaged in practices derived from Hinduism, Buddhism, Christianity and even Japanese Shinto, sometimes all on the same day!

There is a temptation to view this sort of behavior as being a bit “flaky”, inconsistent of purpose because we don’t know what they really want. But is it really so flaky after all? Let’s examine this question by using a different analogy, that of nourishment.

If you pick your way through the maze of books on diet and nutrition, with their conflicting recommendations (“Eat meat”, “No, eat fish”, “No, stick to vegetables”) and you try to harmonize them all into a single “best” dietary practice, you are likely to come to an inescapable conclusion – the very best diet likely consists of a wide variety of whole (un-processed) foods taken in moderation. In other words, crossing nutritional paths may represent your best shot at long-term health and physical well-being.

Ok, let’s look at this another way. What’s your favorite food? Mine is pasta – a nice big bowl of fusilli pasta with bacon, sausage, spinach, fresh basil and sun-dried tomatoes. I could eat it all day long! Or could I? Suppose my precious bowl of pasta were declared to be the “one true food” and I was required to eat it for breakfast, lunch, and dinner, seven days a week. How long do you think it would still be my favorite? How long would your favorite food remain your favorite? Not long, I’d wager!

You can repeat this thought experiment over and over. Suppose aspirin were declared the one true medicine? Or tennis the one true recreation? Arm curls the one true exercise? See what I mean – it gets ridiculous pretty quickly.

Instinctively, we know that variety is not only the proverbial “spice of life”, it is absolutely critical for sustaining life. That’s one reason why, in these days of lockdown and COVID-19, we are seeing so many cases of depression – the variety has been sucked right out of our lives, for reasons we cannot control.

Might we have a favorite practice, a favorite image, a favorite tradition even? Of course! As humans, we can’t escape having favorites. But can we infer that this practice, this image, this tradition, must be followed exclusively? Given our discussion so far, the answer should be obvious.

Instinctively, we know that variety is not only the proverbial “spice of life”, it is absolutely critical for sustaining life.  That’s one reason why, in these days of lockdown and COVID-19, we are seeing so many cases of depression – the variety has been sucked right out of our lives.

There have been times in my own life when I got great benefit out of practices that belong to a tradition other than my own. Believe it or not, those practices did not dilute my affection for my own tradition – they actually increased it. Traditions may diverge widely in their dogmas and their metaphysical claims. But when it comes to navigating your life, they all appear to miraculously converge on a single clear image of the person you are meant to become – honest, reverent, disciplined, and very thoughtful of others. Just think of the similarities between the Christian Beatitudes and the Buddhist Eightfold path. So any practice that helps you move in that direction will increase your appreciation for the others.

The richness of their respective imagery, the wealth of different stories, the depths of insight are all part of our human heritage – placed here for our use. We should feel free to use any of these gifts that help us climb the mountain, and be grateful for their provenance.