Learning the Real Meaning of Negotiation in the Medina of Tangier 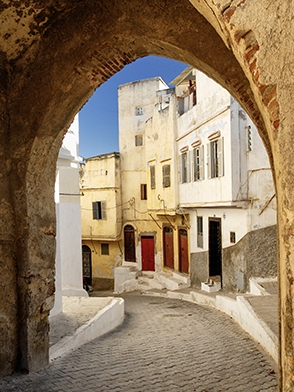 The summer of 1972 was the time between college and grad school, so it seemed a good time to head to Europe for a 2-month vacation.  While we were there, we decided to make a short visit to Morocco, to see what it was like.  So we took a train to Malaga on the southern coast of Spain and from there we boarded the ferry to Tangier to spend a few days.

One of the stops on our tour of Morocco was the medina, a densely packed maze of alleys and shops in the oldest part of the city.  Stepping into one of the shops crammed into a small side street, my attention was captured by the embroidered shirts offered for sale.  So I decided to buy one.

Now our guide had warned us that items offered for sale in the medina did not have a set price – you were expected to haggle with the merchant until you both arrived at an amount that was mutually satisfactory.

Being young, energetic, and having I suppose my fair share of testosterone (not to mention being a bit on the competitive side), I determined to quickly become the most badass negotiator that Morocco had ever seen.  So I went into the stall, picked out a shirt, and took it to the counter.  The haggling began.

After about 5 or 10 minutes, we had still not agreed upon a price, and I was getting tired of the lack of progress.  So I told the merchant “no thanks” and walked out.  He came right after me, begging me to return and continue the negotiation.  That’s when I knew I had him.  Even though I was new to the negotiating game, I had instinctively grasped a fundamental point – if you can’t afford to walk away from a deal, you can’t negotiate effectively.

We haggled for another 10 minutes or so, but the merchant still wouldn’t budge.  So I decided to teach him a lesson – I walked out again.  Unlike the first time, this was a deliberate tactic to get him down to my price.  As expected, he followed me out and begged me to come back a second time.  But this guy was one tough buzzard.  He only gave an inch at a time.  Clearly he had experience, lots of experience, at doing this.

The  inches got shorter and shorter, and another 10 minutes went by.  Finally I became convinced that he had no more inches to give – I had negotiated away all of his profit, except possibly for some bare minimum that he was not willing to part with.  He had reached the point where he too was willing to walk away, and I sensed it.  So I agreed to his final price, gloating inwardly at what a great negotiator I had become in such a short time.

I was savoring m victory as he wrapped the shirt for me.  But then something unexpected happened.  Looking up at me with big, sorrowful eyes, he said “I pray . . .” and stopped for a minute to collect himself.  “I pray that Allah will show more mercy to you than you have shown to me.” 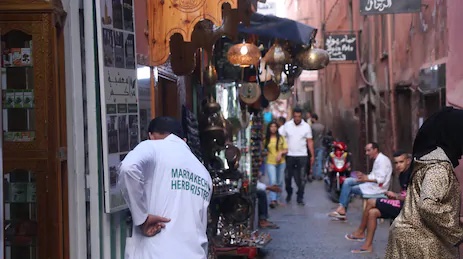 Bang!  No more savoring.  His words took the wind completely out of my sails.  I left the market deflated and even a bit dejected.  On the walk back to our hotel, and for a few days after, I tried to process what had happened.  It was just a shirt, for Heaven’s sake.  Why did I feel so bad about it?

I finally realized that what had been just a game for me was actually a livelihood for him.  In an almost literal sense I was feeding my ego with what I had taken out of the mouths of his children.  I might have congratulated myself in being so good at “the art of the deal”, but it had never really been a fair fight.  I could walk away any time, but his living depended, even if in a small way, on making the sale.

I’ve thought about this event many times in the succeeding years, and I’ve come to believe that there is another lesson here – successful negotiations may not at all be the adversarial situations we often think they are.  Or at least they shouldn’t be.

Our negotiation in the medina was possibly unusual in the sense that both the merchant and I knew we would never see each other again.  But what about situations where the same two parties must negotiate over and over again, like when a woman buys vegetables for her family from the local grocer?  Clearly in cases like this the outcome of the previous negotiation sets the stage for the next one.  What happens, then, when that previous outcome is bitter and acrimonious?  If one (or even both) of the parties feel ill-used?

In the context of an ongoing relationship, negotiations need to continually sustain and affirm that relationship – to strengthen the shimenawa between you.

A friend of mine once worked for a hedge fund manager who had a reputation as a fearsome negotiator.  But in spite of that reputation, he was not doing well in selling his product.  I asked my friend why, and he replied that “Richard never leaves anything on the table for the other guy.  So his partners eventually give up on him.”  Clear evidence that treating each negotiation as a zero-sum game is not a recipe for long-term success, even in a brutal business like hedge fund management.

The bottom line here is that, in the context of an ongoing relationship, negotiations need to continually sustain and affirm that relationship – to strengthen the shimenawa between you.  You can’t sweep all the chips off the table – you literally can’t afford to.  Flexibility, generosity, and a willingness to reframe the deal if necessary to see that both parties share in the benefits – these are the tools you need.  This is even the case with animals.  Research on different species has shown that those which demonstrate a certain amount of altruistic behavior (within the species, of course!) do better in the long run.

We as humans, or as aspiring humans, should be thinking about that.

Last Halloween, my grandson (I’ll call him Mac) came over to spend the night after a rigorous evening of trick-or-treating and consuming his ill-gotten gains.  His costume this year was that of a ninja, complete with the usual array of ninja weapons – throwing stars,...