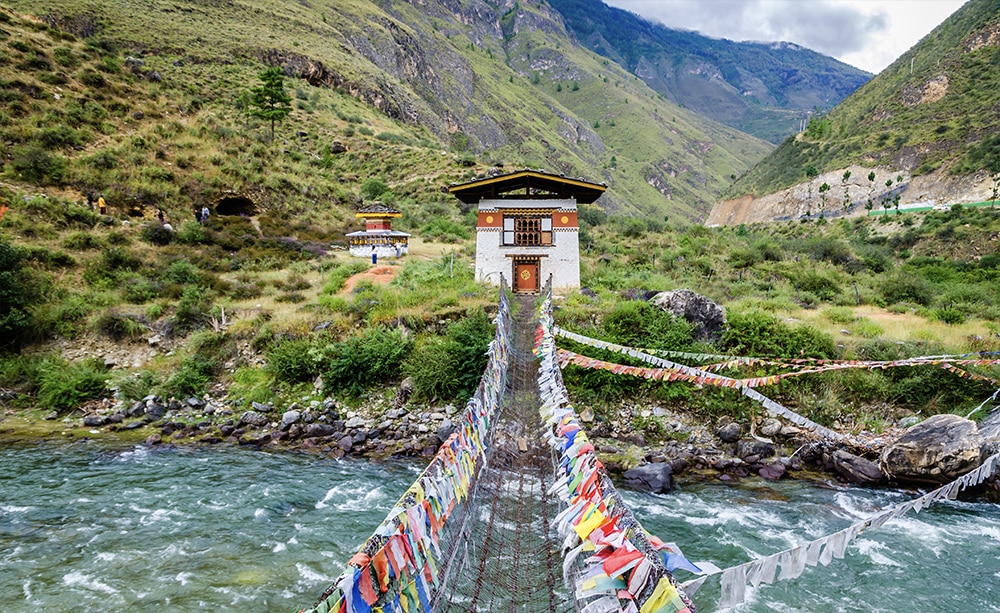 If someone were to propose a movie based on the life of a young woman of the late Middle Ages who was functionally illiterate even into adulthood and tortured herself with acts of penance, yet managed to become a counselor to princes and an advisor to two Popes, you could be easily forgiven for dismissing the idea as simply too fantastic to be believable.  Yet that is exactly Catherine’s story.  Someone whose very sanity might be questionable turned out to have a major impact on both the literature and the politics of her period.

If Drukpa Kunley represents one extreme in the quest for Transcendence, Catherine represent another, one which is nearly the polar opposite.  While Kunley partook freely of the pleasures of the world, Catherine chose to shun not only the pleasures of temporal life, but even its necessities.  And yet, unworldly as she was, she ended up a major figure on the political stage of late medieval and pre-Renaissance Italy.

Catherine was born in 1347 in the Italian city of Siena, one of the self-governing Italian cities, like Florence, that was constantly riven by rival political factions.  Sometime between the ages of 8 and 10, she took a private vow of virginity (another point of difference from our friend Drukpa Kunley!), convinced that the only spousal relationship she desired was with Christ himself.  This of course led to tensions within her family, so she eventually made her decision clearer by cutting off her hair.  She was 15 at the time.

Even in her earliest years, her austerity was relentless.  She is reputed to have lived for weeks on end with no food except for the Communion host, and to have regularly scourged herself with a sharp cord.  In later years, some of her practices grew so revolting that that I am reticent even to describe them.

Similar to Mozart’s early musical genius (a minuet at age 5 and a full symphony at 8), Catherine seemed to have a precocious spirituality, experiencing her first vision at age 6.  Even before then, her prayer life had taken on such intensity that there are reports of her entire body being raised off the ground during her meditations.

As she grew older, ecstasies and visions became regular occurrences, of astonishingly wide variety — Christ and his mother Mary, Dominic, Thomas Aquinas, Peter and Paul, John the Evangelist, and Mary Magdalen, for starters.  Some of them included such unusual detail as to cause us to wonder.  Around the age of 21, she experienced a “mystical marriage” with Christ himself,  not so unusual among female mystics in those times.  What was surprising, if not shocking, was the composition of the invisible  wedding ring she received – Christ’s own foreskin.

Fortunately, we do not have to pass a final judgment on remarkable personalities like Catharine or Kunley.  It’s probably safe to say that very few in our modern era are in danger of rushing off to emulate either.

Even in her own time, Catherine’s practices were called into question.  In 1374, she was summoned to Florence to meet with authorities of her Dominican order.  The record of those proceedings is not available, but shortly after she was assigned a new spiritual advisor – Raymond of Capua, a well-respected priest who later went on to become Master General of the order.  It seems even the Church wanted to keep her on a short leash.

Yet to the extent there was a method in her approach, it was simple and sensible, as these matters go.  Perhaps the best formulation she claimed to have received from God himself:  “I am He who is.  You are she who is not.”  This was to her the basis for her extreme practices – cultivating this nothingness by reducing her “I” as far as possible, if not attempting to extinguish it altogether, so that something greater could fill the soul.  Not only would many serious Christians subscribe to this view, some part of it would no doubt appeal to those of many other faiths around the world.

As for miracles of the body, there were the usual assortment of cures.  One interesting cure revolves Catherine’s mother Lapa, a busy woman with many worldly cares who had always been skeptical of Catherine’s chosen path.  In 1370, she fell sick and appeared on the verge of death.  Insisting she had no time to die, she challenged her daughter to arrange a cure for her “if indeed you are a saint!”

The cure did not occur in time, and Lapa passed away, at least according to local witnesses.  Catherine found this state of affairs intolerable, and importuned Heaven to fix it.  Through her demands, Lapa was brought back to life.  She went on to reach the age 89, eventually overcoming her skepticism (as well she should!) and becoming one of Catherine’s followers.

Catherine’s developing notoriety helped boost her into her public life as a sort of free-lance diplomat, beginning with her efforts to moderate the brutality of various bands of mercenaries who at that time were terrorizing the Italian countryside.  Not all of them listened to her pleas of course, but some did.  One who is reported to have listened was the notorious Sir John Hawkwood, one of the Pope’s top generals, although the lucrative terms on which he negotiated his agreement not to attack Tuscany raise doubts that his motives were completely religious.

As her reputation grew, she was asked by some of Florence’s leaders to help mediate that city’s conflict with the Papacy, which had placed Florence under an interdict, severely disrupting commercial life as well as the lives of ordinary people.  Never abashed by her putatively low status in society, made her first trip to Avignon, where the Pope and his court had taken up residence in exile from the murderous chaos of Rome some 67 years earlier.  The effort itself was unsuccessful, but she did manage to make herself known to the curia in Avignon, and even to Pope Gregory XI.

The high point of her diplomatic “career” was to be Pope Gregory’s decision to move the Papacy back to Rome.  Many give Catherine the credit for having been the prime mover.  Whether that is true or not, her persistence and determination must certainly have had an influence.  She was not a woman to be easily ignored.

After Gregory’s death in 1378, she became advisor to Urban VI, his successor, who summoned her to Rome to help advocate for his own legitimacy.  The irascible Urban had alienated enough of the cardinals that they decided to elect a rival “antipope” who  was better known for his massacres than for his Masses.  Her advocacy was to continue for the rest of her life.

Also surprisingly, this functionally illiterate person managed to have an impact on the literary history of her native Italy.  Still unable to read or write at age 16, she somehow acquired a rudimentary skill over the succeeding years, although nearly all of her correspondence, and her treatise The Dialogue of Divine Providence had to be dictated to others.  Yet the power of her verbal expressions appears undiminished.  Recent scholars have argued that her works merit a place alongside the recently deceased Dante (1265-1321) and her contemporary Petrarch (1304-1374) as formative documents in the newly emerging Italian language.

What are we to make of such a woman?  The extremity of her practices certainly causes us to wonder if she might be a bit mentally unbalanced.  Elements of her visions and ecstasies, such as the wedding ring fashioned from Christ’s foreskin, raise the possibility of a highly repressed sexuality.  One wonders what details she chose not to reveal!

Surprisingly, this functionally illiterate person managed to have an impact on the literary history of her native Italy.

In addition, some of her attitudes, such as blaming all the troubles of the times on her own sinfulness, seem to betray at least a hint of narcissism.  And finally, at least in her public life, she seems to be lacking in that spirit of playfulness that characterizes many other great souls, from Drukpa Kunley to Francis of Assisi.

But against this, we should remind ourselves of her times.  In those days, health and hygiene practices were extremely primitive.  The year of Catherine’s birth, 1347, is also credited as the year that the plague first struck Europe, eventually wiping out a third of its population.

Seers and saints, if not more common, were certainly more prominent then than they are today.  Preaching and miracles were forms of public entertainment, and well-known saints could quickly ascend to rock star status, not unlike today’s highly popular entertainers.  Nobody expected them to be mentally balanced, any more than we expect our own rock stars to lead well-adjusted lives.  As with crazy fuckers in any time or place, the very ferocity of their commitment to their mission is part of the reason they fascinate us.  And we should never forget, as we saw with Kunley, that what begins as a story often morphs into legend or outright fable as history evolves into hagiography.  Not all of her stories are necessarily accurate.

Finally we must also consider her influence on the events of her day – both temporal as well as spiritual.  Princes, Popes, and mercenaries do not often take counsel from the insane, and when they do, disaster typically ensues.  Catherine’s policy recommendations, if we may call them such, were consistently in the interests of peace and harmonious relations, unfettered as far as we can tell by considerations of personal gain.  And to this we must add the beauty and power of her language.

Fortunately, we do not have to pass a final judgment on remarkable personalities like Catharine or Kunley.  It’s probably safe to say that very few in our modern era are in danger of rushing off to emulate either.  Rather, the purpose of these stories is to illustrate just how far the intensity of commitment to the Transcendent can take one.  And the fact that this intensity can be remembered and even revered many centuries later should remind us that there is something in the human spirit that resonates with this intensity, and perhaps even desires it, along with all the adventure that it brings.